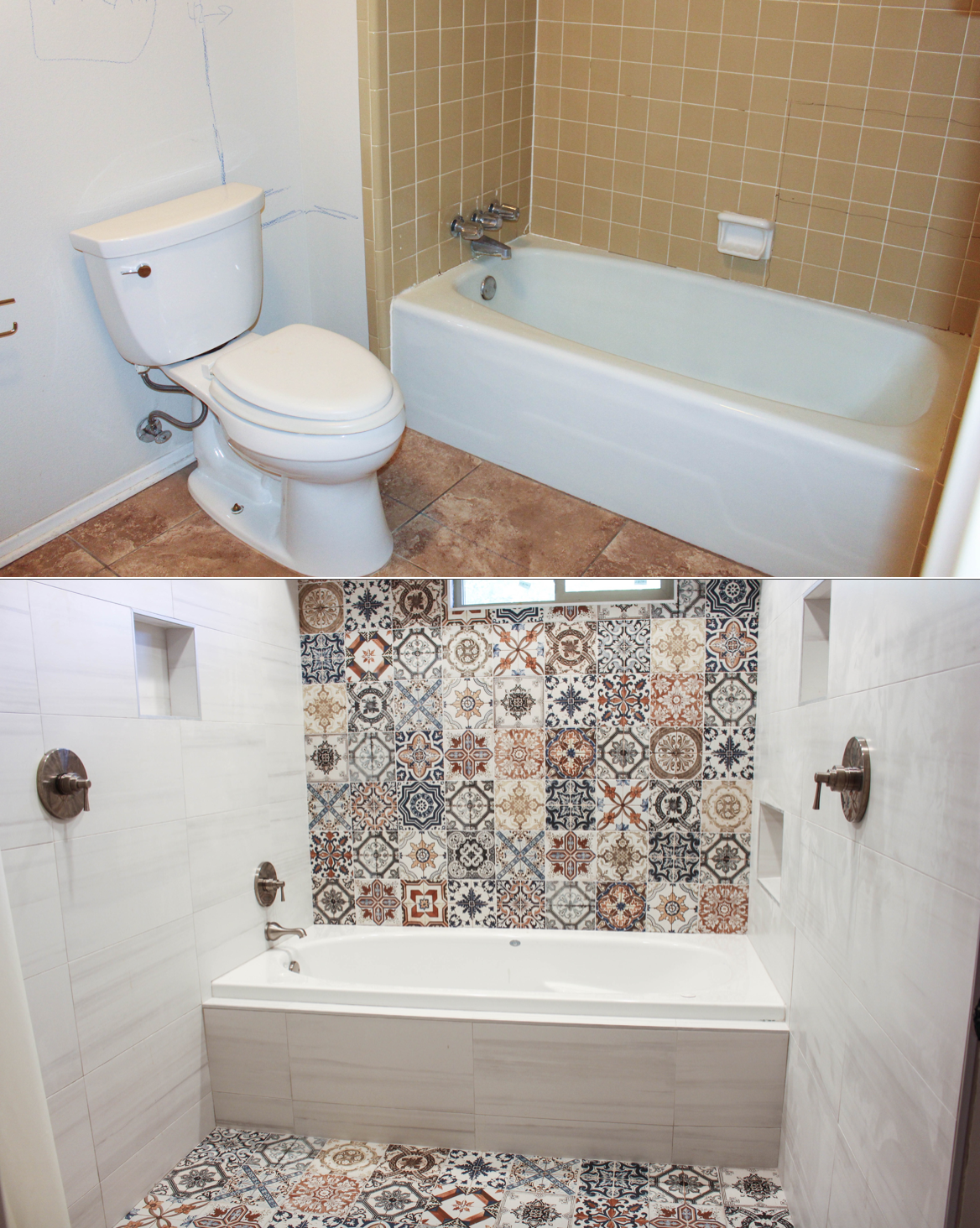 When we bought our house three years ago we completely remodeled it. We knocked down walls, expanded the kitchen and opened it up, put in new granite counter tops, ripped up the dirty old carpet and put in hardwood floors. A lot of work was done to the house to get it to where it is. But for some reason, we never remodeled the master bathroom…until now.

I’m not sure why we thought it would be a good idea to remodel our bathroom AND our patio at the same time with a crawling and walking baby around, but we did it anyway. We’re daredevils like that. Since becoming parents we have to live more cautiously, no more cliff diving or swimming with sharks so we resort to crazy simultaneously remodeling projects to get a thrill.

It took us a while to figure out how to reconfigure the space to make it all fit but we finally found something that worked.

We ripped everything up moved the toilet to where the linen closet was and put a door. Then we added a new jacuzzi tub and moved the shower space over to where the toilet used to be for a large walk in shower with two shower heads.

This was not at all what we had in mind when we originally went to pick out tile. We had gone in seeking grays and whites and were going to keep everything simple and clean feeling. But we quickly fell in love with the Spanish tile patterns and thought it would be a fun pop of color contrasted with the large white more contemporary tile pieces.

What do you think? Would you ever do something this bold? What does your dream bathroom look like?