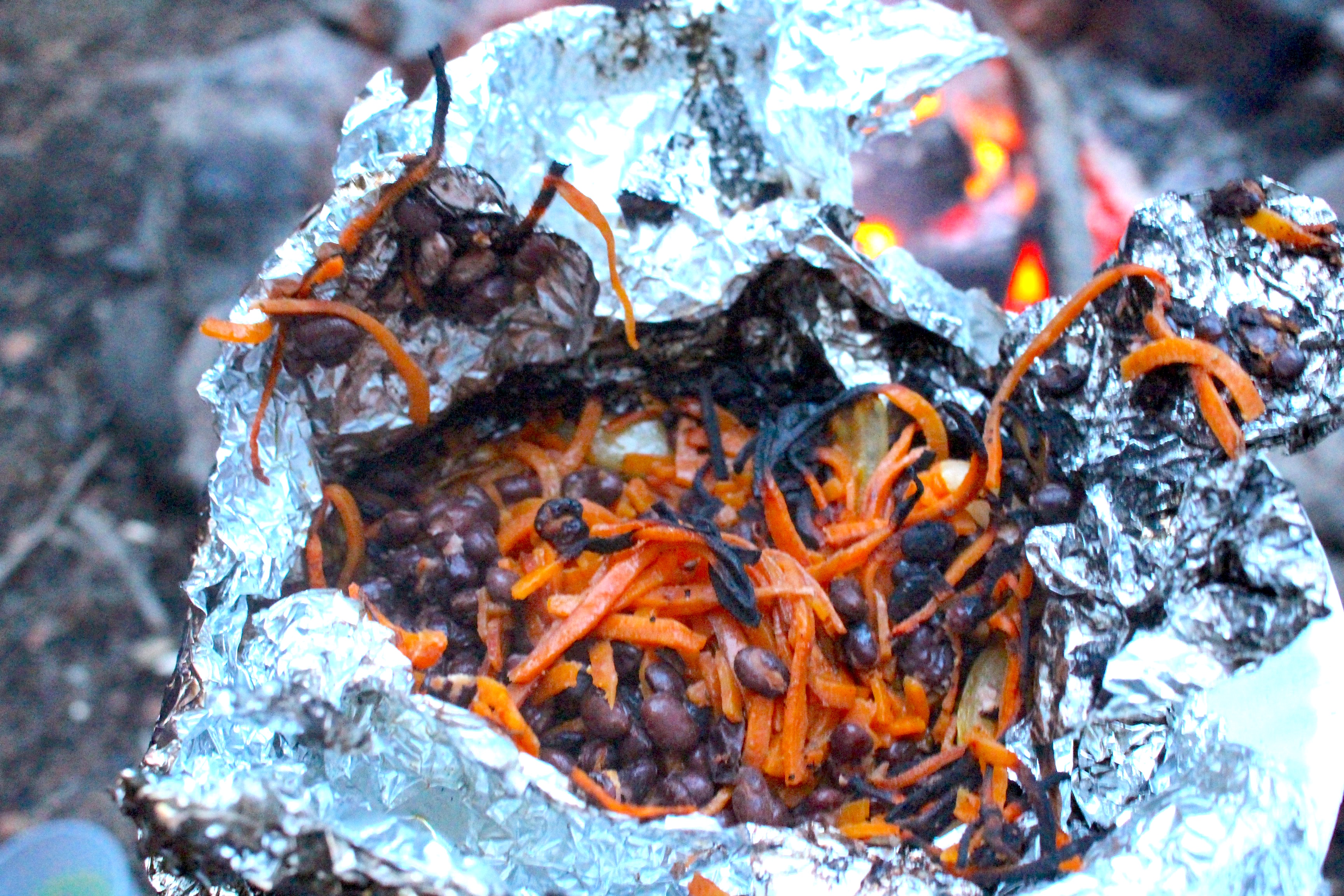 I was lucky enough to get to spend most of August and September in Denver, Colorado. It was the best. The weather was practically perfect every day. I spent as much time in the mountains as possible, and camped almost every weekend I was there.

I’ve had a few people ask me what I ate out there and what a few of my favorite camping recipes were. You know your doing it right when the people you’re camping with want to eat your vegan food over what they brought. Hashtag winning!

So here are 3 of my favorite vegan camping recipes that I made in the mountains.

Grilled Peaches:
Cut peach in half. Brush with maple syrup. Grill face down for 5 min. Turn over and grill the other side for 5. Top with cinnamon and almond slivers.
*If cooking over the fire you’ll need a griddle or even a pan will work, you just wont get those pretty grill lines.

Lunch
For lunch I usually just snacked on hummus and tomatoes, and a big honey crisp apple with almond butter. Or maybe I would bring a banana and some homemade granola for the hike. THIS Pumpkin Coconut Granola is my favorite.

Directions:
Mix the sweet potatoes, onions, garlic, and all the spices together in a bowl with coconut oil. Use your hands to mix it all together and make sure the sweat potatoes are evenly coated with the oil and spices.

Divide mixture into two separate sheets of foil. Pour half a can of black beans on each. Squeeze half a lime over each. Fold up the foil making a pouch so it can cook over the fire.

Place the pouches in the hot coals of the campfire for 20 min. Turn over after 10 for even cooing.

**I like to prepare this all the night before so when I get to the camp sight I can just pull the foil packets out and throw them in the fire.

Directions:
Keep banana in peel and cut down the middle long ways. Cut just far enough to split it open but not cut it all the way through.
Then load it up with the goods. Spread on the almond butter, top with chocolate chips and mini marshmallows and anything else that sounds good.
Wrap it up in the foil and place it in the hot coals for about 10 minutes until its all melty and gooey.

Then sit around the campfire with your friends singing and enjoying your campfire goodies.

What is your favorite campfire food?