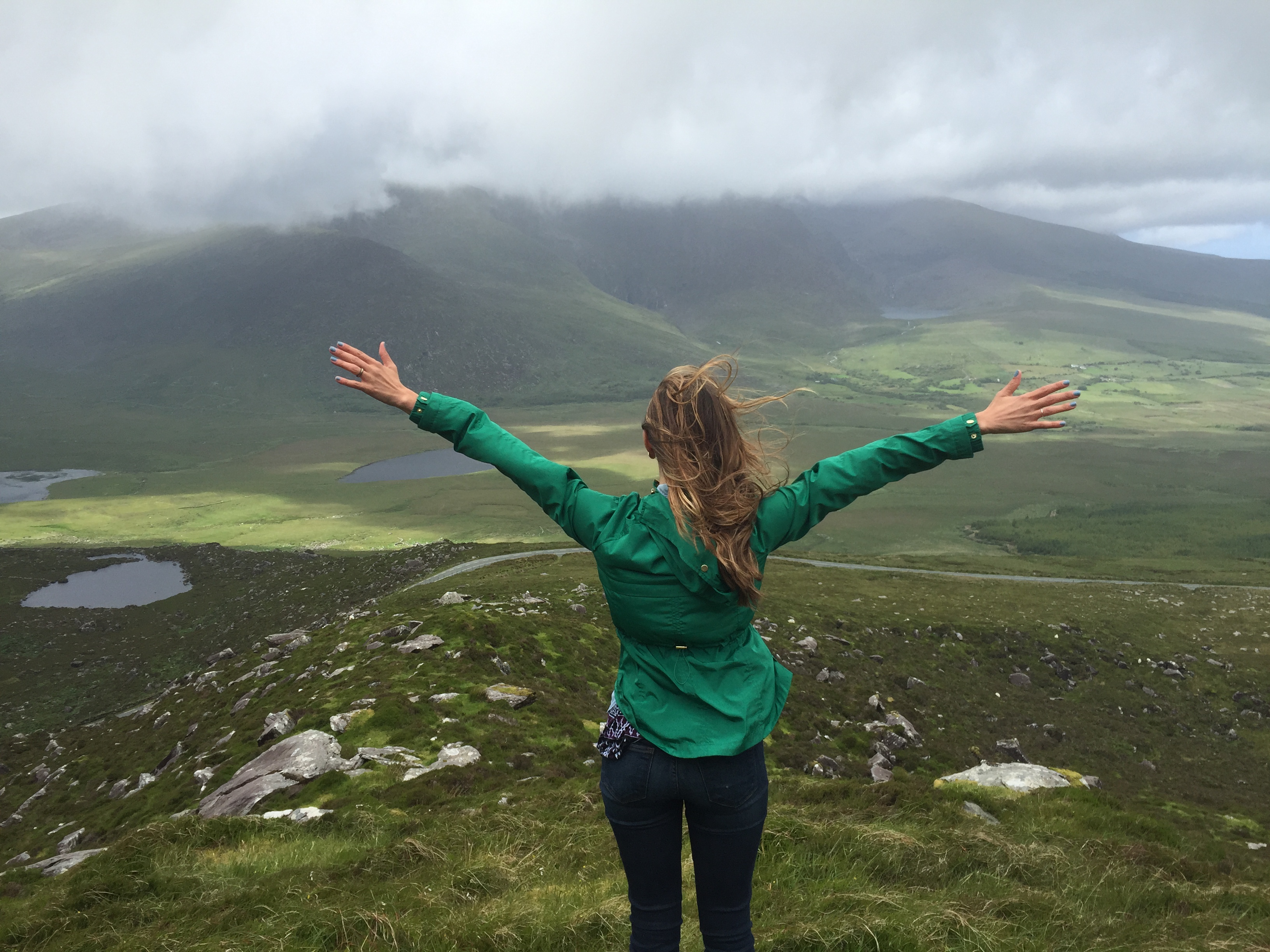 Ireland! Confession, Ireland was never on the top of my list for places to visit, (yes, I know, it’s almost as if I can see your jaw drop in disbelief) but now after having spent a week there I cannot imagine why it never was! I clearly did not know what I was missing. Do yourself a favor, and put it at the top of your list.

I was lucky enough to spend a week traveling around Ireland with a group of friends, these are the friends that rightfully convinced me I needed to go there in the first place. I probably wouldn’t have made it there without them!

This was our first taste of Ireland, and to be honest, if it weren’t for the fabulous Irish accents, it really didn’t feel like we were in another country. Yes there were plenty of things we did and saw that were worth doing, but in the end it kind of just felt like another big american city.

Day One: The first night (after crashing in the airbnb condo for a solid 2 1/2 hour nap) we galavanted around the famous Temple Bar area, hopped in a few pubs, gra

bbed a bite and the “must have” Guinness and then went back to the condo. All in all, it was a successful first day given how exhausted we all were from travel. Pro Tip (because obviously I am a pro now): do whatever it takes to sleep on the plane ride over. Whatever. It. Takes. If you don’t, your first day of travel will be miserable. You’ve been warned.

Day Two: To my shock and horror, despite the fact that it is a 7 hour difference, my body still naturally woke itself up at 7:00am. Although I would have enjoyed the extra sleep, I used this time to go for a run around the city. As I ran through Dublin, the city was a buzz with people walking and biking to work. I loved seeing men and women, dressed up in their work attire, wearing running shoes and holding their work shoes to change into.
For today, we bought a pass for a “hop on hop off” bus that took us to various places in the city. We stopped at a castle and had tea on a little roof top bar area overlooking it.

We roamed around a bit and then went to the infamous Guinness Storehouse brewery where we learned way too much about beer! The way it smells, the “proper” way to drink it and more. The best part of this was drinking the free pint of beer from the 360 degree rooftop bar overlooking the`

Day Three: We left Dublin and drove to Gledalough. The drive their alone, was incredible and was the first time I finally felt like I was in Ireland. Glendalough was magnificent. The mountains and the water were breathtaking.

We were blessed enough to have a friends with family that live in Ireland and we got to stay the night with them for the next two nights.

Day Four: Woke up this morning and went for a run through the cloudy misty streets of Wexford. Though it was grey and cloudy out, the country side was beautiful.
We ventured out into the town and stopped in shops along the streets.

Then we went out to see the Castle. Not only was the castle a magnificent sight, but the yard around it was gorgeous. There was a path where you could walk around the pond and there were peacocks roaming around.

From there we went into the most darling cafe called Buttons and Spoons and enjoyed tea and lattes with some fresh housemate lemon cake.

But the best part of Wexford was getting to have dinner with a few Irish families that night. The family we stayed with invited there friends over and we really got a chance to talk and connect with the people. We had a night of talking and laughing and playing music. As we sat around the kitchen and played it was cool to listen as everyone seemed to take turns playing or singing their “party piece.” I think every Irish person (children and adults) at one point or another contributed something. Music is such a big part of their culture.

Killarney
Day Five: We had a long drive from Wexford to Killarney. By the time we got in this night we did a traditional pub crawl, listened to some Irish music, then crashed out in preparation for tomorrow.

As we drove from Killarney to Galway we drove around the Ring of Dingle, and every single thing with in sight was so lush and green. It was like nothing I had ever seen.

At one point we pulled over on the side of the road and climbed up these cliffs and just stood, mouths agape, and took in the glory around us.

We got to the bottom of the ring and ran out to the beach area.

From there we went to see the famous Cliffs of Moher, and they did not disappoint. I’ve seen so many pictures of this place, yet they cannot even do it justice. Standing atop the mountain, watching the waves crash into the side of the cliffs was one of the most spectacular things I’ve ever seen.

On our way out we stopped in Doolin and got a true taste for for Irish music. We walked into a pub to find a group of people sitting around with various instruments (guitar, violin, accordion, to name a few) as a girl was doing an Irish dance in the center while everyone else in the pub clapped along.

Day Seven: Today was our last full day in Ireland and we decided to take the day slower. We spent the day exploring Doolin. Walking up and down the main streets, popping in and out of shops. That night was our latest night yet, living up one last night in Ireland. We stopped into a pub and met some local Ireshmen and even some men from Sweden.

Day Eight: This morning we drove back into Dublin to all fly our separate ways. It was sad but I know many more adventures await us.

Plane Ticket: I used AA frequent flier miles for my flight but my friends bought a round trip ticket for around $1,200
**ProTip: when we looked for tickets we found it was $400-$500 cheeper to fly into Dublin than many other places in Europe. Then once you are there, you can just grab yourself a snazzy $50-$150 RyanAir flight over to whichever country your heart desires. Promise me you will think about it when you plan your European adventures.**

Hotels/Lodging: $226 for 7 nights. Average of $32/night. It was easier to keep the cost of this down because we split the cost of hotels 4 ways between us girls and stayed two nights for free with our friend’s family.

Car rental: We rented a car and since it was divided amongst all of us including gass came out to about $150 a person.

Moral of the story: To travel Ireland for one whole week could cost you less than $2,000 and the experience is worth every cent. Start saving your pennies now and maybe next year this could be you!