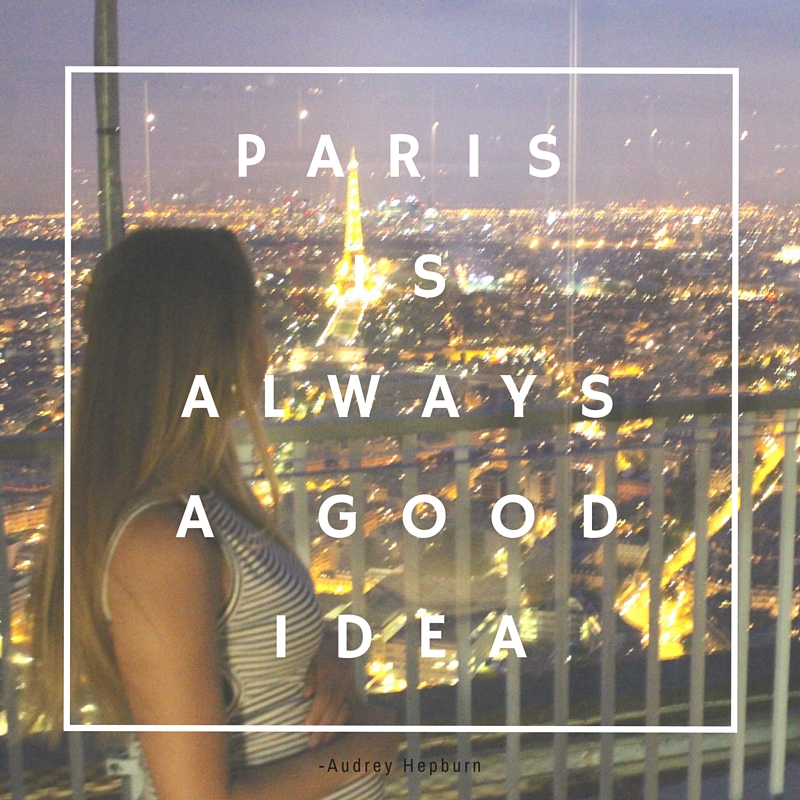 After Rome, we spent the rest of our two weeks exploring France.

We flew first to Toulouse where we stayed with some friends that we met in Bilboa, Spain when traveling last summer. Toulouse is this cute bubbly town in the south of France that actually happens to be France’s fourth-largest city. It is a dreamy blend of coral-colored shopfronts and old churches. It has one of the largest universities there so it’s very alive and there is always something going on. Toulouse knows how to have a good time. I wish I had taken more pictures there but we were too busy just hanging out enjoying the laid-back local life after playing “extreme tourist” in Rome.

On Sunday we loaded up the car and took a quick road trip to the Mediterranean coast to Perpignan. Just an hour north of the Spanish border, Perpignan radiates old town vibe with palm-shaded squares mixed with shabby tangerine roof tinted housing.

We had gone here with hopes of getting in some good beach time, but the winds had a different plan. We made the most of it though. The sun was out and it was still beautiful, despite the occasional sand blown in the mouth. There’s just something spectacular about sitting on the beach and seeing the mountains in the backdrop.

From there, we rented a car and road tripped into the mountains.
We drove up to a little ski town called Cauterets. I’m sure in the winter months it’s busy, but given that we came during off season it was pretty desolate.

We spent one night here and the next morning went up to the Pont D’espagne and hiked around in the mountains. This was so much fun. The scenery was gorgeous.

After our hike (which I never wanted to end) we hoped back in the car and headed up north to Biarritz, France. Biarritz, is an elegant seaside town along France’s Basque Country coast. It is in fact a rather popular surfing destination, and its beaches host many surf schools and an annual international competition. Even though it was overcast and dreary weather, we witnessed many people surfing away out there.

We spent our few days here roaming the shops, sitting on the beach, and eating the most incredible food.

One night there we had the pleasure of dining at a Michelin starred restaurant. This was such a treat for me as it has been something on my bucket list ever since I learned what that was. It was a three hour experience composed of ten incredibly intricate courses. I had never witnessed so beauty and creativity in food before.

Finally, we jetted off to our last stop in Paris. Ever since I was a little girl I had wanted to visit Paris, soak up the culture, and see the Eiffel Tower. This trip was a dream come true.

I must confess, we started off this trip by being the ultimate cheesy tourists and partaking in a bike tour around the city, complete with bright yellow vests and all. But I’m not even ashamed because it proved to be the best way to get a feel for the city on our first night there.

We got to see a little bit of everything, and really narrow down what we wanted to spend the rest of our trip doing and seeing. If you’re looking for a good tour, I recommend the Fat Tire Bike Tours.

We had so much fun biking around, that the rest of the trip we used Paris’s incredible bike share program, Velib, and rented bikes to get around the city. It’s super easy and convenient. There are tons of stations just minutes apart all throughout the city. The first 30 minutes of each trip are always free of charge, just make sure to check your bike back in and check out another one if you’re going to be any longer, because that’s when the fees can rack up.

One of my favorite things we did was on our last night there went up to the top of the Montparnasse building. It was $15 to go to the top of this 56 floor building, where we go the most spectacular panoramic view of the city all lit up at night.
Many people pay $40-$50 to go up to the top of the Eiffel Tower, but I feel like that would be disappointing because then when you look out at the cityscape you don’t even get to see the Eiffel Tower in the picture. And lets be real, mainly what you want to see anyways.

I cannot wait to go back and see more of this breathtaking city. Three days was not nearly enough.